POLITICIAN! Occupation as politician is not very frequent among people in the Panama Papers. This may come as a surprise to those who had studied a bubble chart put in a post on my blog. A sizeable portion of blog readers, tweeters and probably also Facebook users seem to have seriously misunderstood it. The crucial problem with the chart is that it is made from data in Wikidata, which only contains a very limited selection of persons from the Panama Papers. Let me tell you some background and detail the problem:

Summing up my experience with the release of the Panama Papers and the subsequent viral post, I find that our politicians show not to be corrupt and do not deal with shady companies – except for a few cases. Rather it seems that loads of people had preconceived opinions about their politicians and they are willing to spread their ill-founded beliefs to the rest of the world. They have little technical understand and does not question data provenance. The problems may be augmented by Facebook.

And here is the now infamous plot: 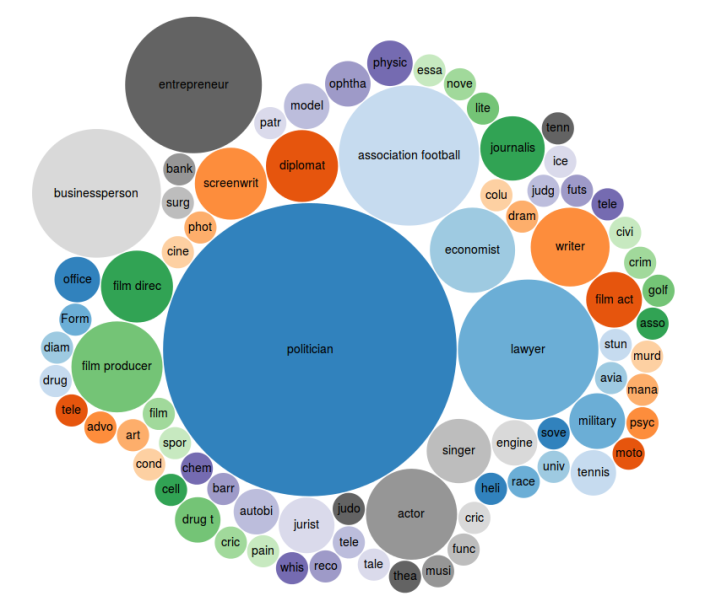 I forgot to write where the clickbait headline came from. It is from ZeroHedge (as far as I remember). I do not know what kind of website that is, but they have an article with the title “”Guess What Occupation Is Most Frequently Cited In The Panama Papers?” and where the plot is reproduced. Here is the link: http://www.zerohedge.com/news/2016-05-22/guess-what-occupation-most-frequently-cited-panama-papers